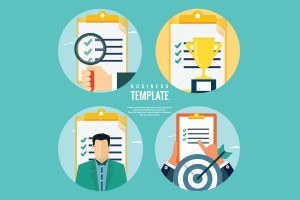 All employers in Massachusetts are required to carry workers' compensation insurance to cover their employees in case of occupational injuries or illnesses. This system was designed to make it easier for employees to obtain benefits than it would be if they had to file claims in court and prove fault. The Department of Industrial Accidents (DIA) administers the system. The first step towards benefits is reporting a job-related injury or illness to your employer. A Boston workers’ compensation claim lawyer at Pulgini & Norton can explain the process to employees who are seeking to assert their rights.

Filing the Employer's First Report of Injury or Fatality

If you are unable to work for five or more calendar days (either partial or full) because of a work-related injury or illness, your employer has to file a Form 101, which is an employer's first report of injury or fatality. The form must be filed even if the employer does not believe you were injured or made sick on the job. The form should be sent within seven calendar days, not including holidays and Sundays, from the fifth day of the disability’s onset.

After the insurer receives the form, it has 14 days to pay benefits or provide a denial of the claim. Notice of the former is provided on a Form 103, while notice of the latter is provided on a Form 104. The insurer can pay your workers' compensation benefits without accepting liability for 180 days following the initial illness or injury. This is called a "pay without prejudice" period.

After the first pay without prejudice period has expired, the insurer is only allowed to stop or modify your payments for reasons expressly permitted by law. If your claim is denied initially, or payments are stopped after they have started, you can file a Form 110, which is an employee claim form, to trigger the five different appeals stages at the DIA.

Discuss Your Case with a Boston Workers’ Compensation Claim Lawyer

Although the workers' compensation system was intended to make the process of recovering compensation more straightforward than civil litigation, insurers regularly deny legitimate claims. It is also important to be aware that if your employer misreports your income, you may receive an overpayment or underpayment from the insurer. If you are hurt on the job, you should consult a workplace accident lawyer and make sure that your employer has filed a first report of injury with the DIA. At Pulgini & Norton, our workers’ compensation attorneys represent Boston residents as well as people in Waltham, New Bedford, Quincy, and other Massachusetts cities. Call us at 781-843-2200 or contact us via our online form for a free consultation.