The Industrial Accidents Reviewing Board 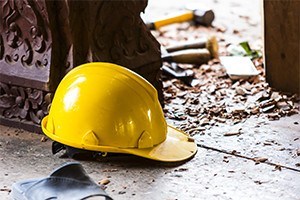 In Massachusetts, the Department of Industrial Accidents (DIA) is responsible for overseeing the workers' compensation system. The DIA is headquartered in Boston, and it has four regional offices located in Fall River, Lawrence, Springfield, and Worcester. The DIA administers a dispute resolution and appellate process. A claimant must take specific steps to an appeal an insurer's denial of benefits or an insurer's award of fewer benefits than what is owed. The last administrative step in the dispute resolution process is the industrial accidents reviewing board stage. The workers’ compensation lawyers at Pulgini & Norton can advise people in Boston and the surrounding cities who are pursuing an appeal at the DIA.

Understanding the Industrial Accidents Reviewing Board

The steps that must occur before your claim is heard by the reviewing board are conciliation, conference, and hearing. The first two of these steps are informal. However, at the conference, an administrative judge will hear brief oral arguments and receive documentary submissions from the parties. A temporary order will be issued. Either party can appeal the temporary order and ask for a hearing.

The hearing is formal, and the contested issues are heard without reference to what happened during the conference. Witnesses are asked to testify under oath, and the other side may cross-examine them. At this stage, the judge may order an impartial medical examination that will be performed by a physician chosen by the DIA or agreed to by the parties. This report or testimony is the only medical testimony to be considered at the hearing, unless the judge determines that other medical opinions would help because the case is particularly complex.

One reason it is so important to have an experienced attorney throughout the workers' compensation dispute resolution process is to make sure that you comply with all the applicable rules and are not barred from your benefits due to a procedural mistake or misunderstanding.

The reviewing board may only alter the hearing judge's decision if it falls outside his or her legal authority, has no factual justification, or violates the law. The reviewing board issues a written decision. Either party can appeal the Review Board's decision to the Massachusetts Court of Appeal.

Contact a Boston Lawyer for Your Workplace Accident Claim

If you have received notification that your employer's insurer is denying you benefits or offering you fewer benefits than you believe you deserve, you should consult an experienced attorney. Although the first two steps of the dispute resolution process are considered informal, they can have an impact on the hearing. The industrial accidents reviewing board is limited in its ability to change the outcome of the hearing. At Pulgini & Norton, our Boston attorneys can help victims of workplace accidents make sure their interests are protected from the start of a workers' compensation claim. We also represent claimants in Medford, Lowell, Quincy, and other cities in Massachusetts. Call us at 781-843-2200 or contact us via our online form for a free consultation.