Subsequent Injuries After Returning to a Job 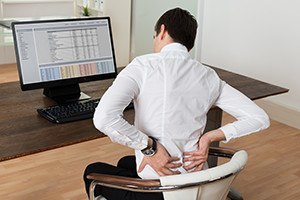 The Massachusetts workers' compensation system was designed to provide a mechanism whereby workers injured or made sick because of their jobs could recover benefits regardless of fault. Some people unfortunately suffer subsequent injuries after returning to their jobs. This is particularly common with back injuries. In many cases, these workers can recover benefits, subject to slightly differently rules. You should be aware that if you return to work early against medical advice, insurers might try to use this against you in connection with a subsequent injury. The Boston workers’ compensation lawyers at Pulgini & Norton can vigorously advocate for your rights throughout this process.

Benefits for Subsequent Injuries After Returning to a Job

Under Section 35B of the Massachusetts Workers' Compensation Law, employees who have received workers' compensation benefits, come back to the job for two months, and are subsequently hurt can be paid compensation at the rate in effect at the time of the later injury, regardless of whether the later injury is a recurrence of the former injury.

However, if the compensation for the original injury was paid in a lump sum, an injured worker cannot receive compensation, unless the later claim is considered to be a new injury. A lump sum is a settlement between the injured worker, the insurer, and sometimes the employer. It is a one-time payment that may take the place of a weekly compensation check or other benefits. When a worker accepts a lump sum settlement, he or she gives up certain rights, including rights under Section 35B. It is important to obtain advice from an experienced workers' compensation attorney before accepting a lump sum settlement to guard against future adverse events. The later injury can include the aggravation of a preexisting condition. This means that the date of injury used to determine the compensation rate for the later injury is the date of the later injury, not the date of the original injury.

Sometimes issues related to cost of living come up. An adjustment is provided so that the benefits can still purchase a decent amount in the face of inflation. Generally, a cost of living adjustment (COLA) is determined by looking at the change in the average weekly wage between the injury date and the annual review date. With subsequent injuries, the COLA is calculated based on the date on which benefits are established. If Section 35B applies, the date on which benefits are determined is the date of the subsequent injury, not the original injury. This allows the COLA to preserve the purchasing power of the benefits, rather than decrease them.

Consult a Boston Lawyer for a Workers’ Compensation Claim

Navigating the workers' compensation system can be very challenging for an injured employee. In some cases, taking certain actions (such as accepting a lump sum) can affect your other rights into the future. If you have received workers' compensation benefits and suffer subsequent injuries after returning to the job, you should consult an experienced workplace accident attorney to make sure that you pursue the benefits to which you may be entitled. At Pulgini & Norton, our experienced Boston workers’ compensation attorneys represent individuals in Newton, Malden, Andover, and other cities in Massachusetts. Call us at 781-843-2200 or contact us via our online form to set up a free consultation.