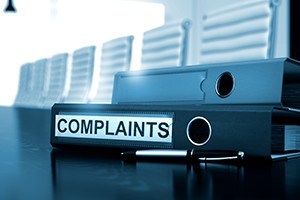 Insurers are required to make a determination about whether you are eligible for workers’ compensation within 14 days of receiving a Form 101, Form 110, or Employer's First Report. The insurer will need to decide whether it should accept, deny, or pay the claim without prejudice. When an insurer accepts a claim, it files a Form 107. If the insurer makes a first benefit payment after the 14-day period, it has automatically accepted the claim. The denial of a claim requires the insurer to file a Form 104. The denial must include all of the reasons for the insurer's denial, and if a particular reason is not listed, the insurer loses it as a defense. In some cases, however, an insurer accepts a claim, only to later file a complaint for modification, discontinuance, or recoupment through Form 108. At Pulgini & Norton, our workers’ compensation attorneys can counsel Boston residents on the nuances of this process.

In general, insurers that start paying you benefits within the first 14 days can unilaterally end or modify your payments during the first 180 days of your disability. In order to unilaterally end or modify payments, a Form 106 is sent to the claimant within the 180-day pay without prejudice period. The insurer can terminate or modify benefits, without being penalized during that time, if the change is based on your income or the insurer gives you and the DIA at least seven days written notice that it intends to stop or change payments.

You can challenge the discontinuance at that point by filing a DIA claim. After 180 days, however, an insurer's ability to discontinue benefits, modify benefits, or recoup them is more restricted.

An insurer that is already paying weekly compensation benefits cannot modify or discontinue the payments except in certain circumstances. These situations include a written agreement by the claimant, a modification or discontinuance of benefits by an arbitrator or another third party, or the employee’s return to work. Payments may also be suspended or reduced if a claimant fails to respond to an insurer's written request for earnings reports or past overpayments.

An insurer may also ask the DIA to discontinue benefits using a Form 108 if the employee's treating physician or a DIA impartial physician writes a report permitting the employee to go back to the same work that he or she did at the time of the injury, and the job is available. The insurer then petitions the DIA for a determination of the employee's ability to work. The insurer's Form 108 complaint will go through the dispute resolution steps that are used when an employee files a claim: conciliation, conference, and hearing.

Under MGL c. 152, § 11D, an insurer is allowed to recoup overpayments it makes to you. Form 108 can be used to ask the DIA for permission to do this. However, your remaining weekly checks can be reduced by no more than 30%. If no more payments are owed to you, the insurer may bring an action in superior court.

If you receive a Form 108, or an insurer's complaint for modification, discontinuance, or recoupment, you should seek legal guidance. At Pulgini & Norton, our workplace accident lawyers can advise people in Boston and the surrounding communities on an insurer's complaint and help them defend against it. We also represent residents of Somerville, Newton, New Bedford, and other cities in Massachusetts. Call us at 781-843-2200 or contact us via our online form for a free consultation.